6 Reasons to Reconsider Drupal as your CMS

As a leading website design agency we’ve been asked for years which is the best content management system (CMS) available, and typically this question is from someone using a system they’re struggling with.

Historically the one CMS with the most complaints has been Drupal, so I wanted to take a moment to address a few of the reasons your organization might want to reconsider using Drupal as their CMS. Drupal recently announced that its most common version (v6) was entering EOL ('End Of Life'), and that reliable clients would be compelled to move up to Drupal 7 or 8.

That means no more help from Drupal or from the community, no more fixes or security upgrades, and no more updates. If you’re serious about your business this isn't the sort of thing you can ignore: allowing website to remain online without security upgrades is a major gamble. But you DO have a choice; you don't need to upgrade to the next version of Drupal to keep your site running -you COULD choose to discard Drupal by and large and to move your site to a better system.

And you probably should consider different CMS platforms…here’s why:

1. There’s just too many (and too frequent) updates:

The first reason you should consider not upgrading to the next version of Drupal is simple: it will only be a matter of time before you need to do it again.

Which means more work for you, as well as the additional expensive of hiring another web developer.

This isn’t going to be handled with the click of a button – much of the work done on D6 is depreciated in D7 and the same goes for the jump between D7 and D8. In fact, because Drupal 8 hasn’t been out as long, some developers will still choose D7 or D6 over 8 just because more has been done on it which means it’s often faster to develop with.

This should tell you just how ugly the whole situation is:

Why should you have to completely replace the entire backbone of your website every few years? This just isn’t convenient for users and it’s why Drupal has a reputation for horrid updates.

So make the switch to something with a more modern development cycle.

2 Drupal is a memory hog

Drupal uses a ton of RAM and is super inefficient.

While you’re installing new versions each time you upgrade, all those new versions are built on top of the existing code. Eight generations in and the mess of Drupal’s backlog is beginning to cause it to collapse under its own weight. Slow, sluggish and prone to crashing – why not use something a lot lighter and nimbler?

The result will be noticeable for your users who will enjoy seeing your pages load in a flash and this can also greatly benefit you from a search engine optimization perspective too; moving from Drupal to SaaS is like going from a white van to a sports car.

Sites that load slowly don’t perform as well – it’s that simple. If your users have to wait, they’ll probably go elsewhere.

There are plenty of other examples of Drupal being inefficient in the way it does things too. One is its use of caching. Caching is how it gets around the memory hogging problem and lets your site load quickly but it also means that sometimes things don’t get refreshed when they should be.

There are ways around this of course.You could for instance tune MySQL to cache most of the database in RAM, or you could use file-based caches to leapfrog Drupal where necessary. Or you could just bash your head against the wall and hope it all goes away.

Does that sound easy, simple, or efficient? It’s just a massive headache!

Another issue with Drupal’s “release" nature? It means a concerning lack of security. A year ago, Drupal 7.32 was released with a vulnerability that allowed Russian hackers to gain access to “between 10 and 90% of all Drupal site” databases, and therefore, the sites themselves.

It was vital for users to apply patches as soon as possible to alleviate the risk.

But this vulnerability, when updates are essentially rolled out at the user's’ discretion, means that it’s going to be much easier for a malicious attack to steal your client information, or to start leaving unwanted files all over your site linking to places where you can buy Viagra.

Again, this isn’t good and it’s the kind of thing that you shouldn’t have to worry about any more.

When you switch to another content management system (CMS) you can finally rest easy knowing that your site is safe and secure.

5. Drupal has a significant barrier to entry

The great thing about a SaaS-based product is that it’s super easy to install, modify and maintain.

Drupal, on the other hand, couldn’t be denser if it were the prequel to War & Peace.

This is actually just as much of an issue, as it means you’ll have to pay someone more and the work is likely to be slower and less efficient. There are a fair number of Drupal developers out there but they range vastly in quality.

Seeing as these changes will be made while your site is live, you’re putting a lot of stock in someone to see your code, and any changes they make to the core code will cause all kinds of problems in the next upgrade. Seriously, does this sound like something you want to keep working with? On the other hand, if you pay a developer once to help you migrate to a SaaS-based system, then you’ll be free of all the trials and tribulations associated with Drupal.

There’s no ‘end of life’, there’s no vendor lock-in and there’s no security concerns or caching issues.

But more than that, it’s all just incredibly easy to use and for many tasks, you won’t even need a backend developer. Want to change the look of your site? Then just update the deign theme! Need to update? It couldn’t be simpler.

6. Why endlessly update & upgrade; SaaS is the future!

For all these reasons, more and more businesses owners are now making the move to SaaS over Drupal; the W3Techs group, which tracks such things, is showing a drop from 6.1% to 3.0% from 2011 to 2020 --companies these days are going to every CMS EXCEPT Drupal.

There’s a good chance that the death of the popular Drupal 6 will end up being the final nail in the coffin of Drupal itself; stay in Drupal 6 and it’s only a matter of time before vulnerabilities are exposed OR upgrade, and after an intensive process of updating your core code and setting up new modules, you’ll find yourself on the cusp of having to go through the entire process again for Drupal 8, 9, 10, 1028…switch on the other hand, and you’ll be waking up to the future. You’ll be presented with a clean interface that you can use to build the site you envisioned without technical difficulties getting in the way.

There are loads of great features unique to SaaS as well. For instance, you can create microsites and update your site with parallel development and scaling is super easy. There’s a massive community and new features are being added all the time.

This is just good business.

Why choose something more complex, that will take longer and cause you all cause of trouble in the future, when you can achieve everything you need to in a much simpler fashion?

Choosing SaaS is choosing the path of least resistance and that’s how you attain maximum ROI with any type of development.

All business needs are unique, which is why a platform audit is a great way to start the conversation; we’ve helped identify the best CMS and have re-platformed over 500 companies spanning dozens of industries. Contact us for a free consultation and let us help determine the best content management system for YOUR business. 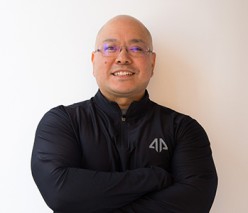 Marc, Front-end Web Developer, is a customer driven IT-specialist with 10+ years of experience in design and development of e-enabled web solutions.