America is Multicultural. Is Your SEO?

America is Multicultural. Is Your SEO?

You’ve nailed SEO on your website and social media endeavors. I’m willing to bet your efforts were aimed at English speaking Americans. But what about the enormous influence of Spanish in America? According translation services website Redline, 62 percent of households that speak another language in American use Spanish or Spanish Creole at home. How much more engaging would your websites be if they connected with these Spanish speakers? I’m guessing a lot.

Even though many Americans speak Spanish, few publications cater to it. This leaves a huge opportunity for marketers who are willing to take the time to connect with the 38 million Spanish speakers in the country. And one often overlooked fact is that although they may not speak German at home, 49.8 million Americans claim a German heritage – of which they are staunchly proud. According to Adweek, German-Americans are the largest U.S. ethnic group.

The most important aspect of reaching Americans of varying cultures is to pay attention to their differences. Spanish doesn’t equate to Mexican any more than German equates to Jewish. By offering versions of your website aimed at specific cultures, you gain a highly targeted audience that already feels a connection with your product or service simply because you address their cultural identity.

How much effort you put into multicultural marketing will depend on your business. Local businesses catering to specific geographical areas are wise to use the strongest local ethnic cultures to their advantage. For most of us, that means understanding Spanish and German cultures.

The following cities have the strongest Latin American Spanish-speaking populations:

These cities have strong German-born populations

How to Gear Your SEO to a Multicultural Community

You may not know the first thing about Spanish or German cultures, but you can still cater to them. First, identify products and services these groups need most and promote them in your audience’s native language or frame your promotions in their cultural identity. Then, use foreign-born American translators to help you create versions of your website that cater to these specific groups.

Efelle Media Wants to Help You Reach Every Culture

Focusing only on the mainstream American culture can lead to missed opportunities. Let Efelle Media show you how to reach more people with cultural targeting. Call us at 206.384.4909, or use our online contact form for a free consultation. 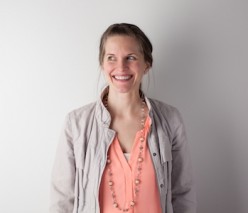 Jessica is the Design Team Lead at efelle, and has a solid foundation in graphic and web design, designing impeccable, award-winning projects for several years. As she continues to build on her knowledge and stay up to date on techniques and trends in the online marketing industry, she also strives to help make the client's experience with efelle one that leaves them smiling.