Should You Update Your BigCommerce Store From Blueprint to Stencil?

eCommerce Website Design Question: Should You Switch from Blueprint to Stencil?

As BigCommerce Elite Partners, we’ve had the opportunity to work with a number of amazing merchants who have been working on their store for quite some time. Recently, merchants have been encouraged to update their site onto the Stencil framework. This has brought up a lot of questions for many of our customers asking what exactly that means and if they should change.

We wanted to walk through what this means for your eCommerce website design, functionality, and overall business.

First, what is the framework?

To put it in laymen's terms… Stencil Framework is basically the “shell” of a store that you can build on top of. It’s like having a foundation and framework already built for a house that you can then customize on top of that.

So, why the switch? BigCommerce states that the Stencil framework “incorporates industry best practices in technology, design standards, SEO, and allows developers to build a stunning storefront that engages shoppers and encourages checkouts on any device.” The change in technology means that updates and changes have been made to evolve with ever-changing technology standards as well as added some new features and fixes to issues in the Blueprint theme.

Should You Update from Blueprint to Stencil?

We’ve been building on the Stencil Framework for quite a few years now and have found it to be a great framework to build on. That being said, making the switch is obviously a big step for your business.

We’ve worked with a number of merchants on the switch from Blueprint to Stencil and while they’ve been extremely happy with their new design, they’ve also been satisfied with the new framework and what they mean for their business.

There are a few pros we can share specifically regarding the Stencil theme:

What changes can you expect?

In addition to the benefits we listed above, there are obviously some other changes you'll see when you make the switch from Blueprint to Stencil, both in the performance of your website, as well as the backend changes.

Looking at it from an agency perspective, the benefits of switching make a lot of sense. One way we recommend merchants to think about it: would you rather be proactive and make the change now so that you can scale your growth in the future, or wait until a problem prompts you to have to make the switch, stunting your potential growth?

Ready to switch from Blueprint to Stencil?

We’re ready to help. Updating your website doesn’t have to be a hassle. Our experienced team of Account Managers will walk you through the process, while our designers and developers will work hard to build your beautiful new website on a sturdy new framework. Reach out today and learn more about what the process would look like for you. 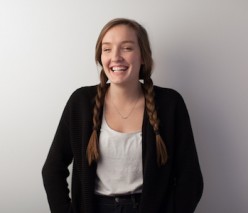 Tessa gained a passion for business spending time at her family's gourmet popcorn store. She loves to learn, and while the web development world is a relatively new one for her, she loves an adventure. In her free time you can find her baking, playing around outside, or petting a dog somewhere.